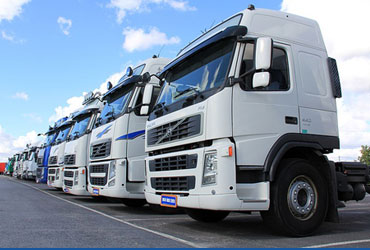 Trucking software provider SmartHop on Wednesday snagged a $12 million funding round as activity in the market to arm small truckload carriers with technology continues to grow.

The series A investment into Miami-based SmartHop comes barely six months after the company received a $4.5 million seed round, a period of time in which a number of other providers catering to small carriers have either gotten funding rounds themselves, or launched on the market.

The broader goal of this technology boom is to provide small carriers with tools to run their businesses more efficiently, from administrative functions such as payroll to operational areas such as dispatch and route optimization to customer-facing elements such as visibility.

SmartHop founder Guillermo Garcia told JOC.com the company is built on a “model that gives economies of scale to small carriers, enabling them to compete with better capabilities than the leading carriers.”

That includes giving them the ability to make better decisions when booking loads, an area that SmartHop customers in 2020 used to collectively grow their topline revenue by 9 percent, according to Garcia, as well as “back-office support to avoid administrative burdens so they can focus on driving.” He said the system also gives small carriers access to payments, lease, insurance, and fuel options through SmartHop’s embedded financial offerings.

The need to provide smaller carriers and independent drivers with tools that broaden access to capital and make payments easier is evident throughout the market. CloudTrucks, which received a $20.5 million round in December, released a free instant pay and cash card for truckers it developed with Visa. Drivers can get paid instantly and use that cash to pay for fuel, maintenance, and other business-related costs, without having to route cash to their external bank accounts.

At its core, SmartHop is designed to smooth dispatching for small carriers and allow them to benefit from regular development updates that are intrinsic to multi-tenant software. Garcia cited access to dedicated support and easy-to-use technology as attractive propositions for “drivers that crave to be fully independent.”

“Most small or independent owner-operators only have access to loads in the spot market, the 20 percent of the trucking market in which rates are based on current supply and demand for trucks on one-time or inconsistent load volumes,” SmartHop said in a statement. “These loads are typically networked across dozens of impersonal brokers and low-quality load boards, leading to a fragmented market where inefficiencies, a lack of accountability, and wasted resources fall disproportionately on small owner-operators.”

The software provider said it will use the series A financing to continue investing in its dispatching platform, to grow its team, and “to seek strategic partnerships that enable small trucking companies to make smarter decisions that boost revenues and give them more control of their business.”

In October, SmartHop integrated with brokerage optimization software provider Parade.ai that allows Parade.ai users to communicate, plan, and book loads directly with carriers dispatched by SmartHop. Garcia said small carriers and independent owner-operators need to have trust in the software they use and need it to solve basic booking, dispatching and administrative issues. Its customers work exclusively with freight brokers and load boards because small carriers generally don’t have the ability to contract directly with shippers.

“The benefit we bring to brokers is the digitalization and standardization of small carriers’ operations, in addition to eliminating their carrier acquisition costs,” Garcia said. “Small carriers don’t have the technology nor the capacity to interact with brokers as the big players do.”

The idea, he said, is to democratize access to tools that only larger carriers have traditionally had the capital to invest in. Enabling digital booking and tracking lowers the cost of a carrier’s operations “so that they strengthen their bonds with brokers,” Garcia said.

The series A round was led by Union Square Ventures, with participation from RyderVentures, a new corporate venture capital fund by logistics company Ryder System, and previous investors Equal Ventures and Greycroft. It’s RyderVentures’ first investment.

“Ryder has been in logistics for nearly 90 years and has an incredible amount of data, knowledge, and experience that’s impossible to replicate,” Garcia said. “The opportunity to have access to hundreds of thousands of trucks that need our product, and at the same time, become the solution for owner-operators to have the right equipment makes this partnership incredibly valuable for all parties.”